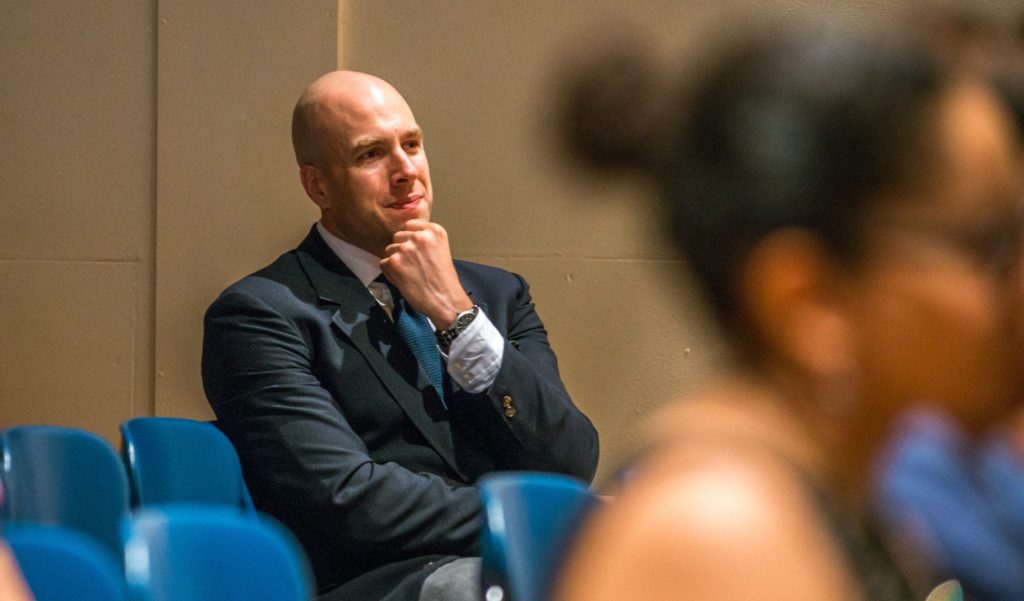 Simon was born and raised in Providence, attended Providence public schools, and earned a BA from Brown University. After college, he lived in New York City where he was a classroom teacher before becoming the inaugural college advisor at Banana Kelly High School. He also served as Dean of Students at Breakthrough Providence for three summers. Since founding College Visions in 2004, he has been honored as a Bank of America Local Hero (’11), Providence Phoenix Local Hero (’11), Rhode Island Foundation Fellow (’13), and White House Champion of Change (’15). He is a fanatic tea drinker, half-heartedly collects records, and loves competitive games, especially basketball and Boggle.

Now, Simon has stepped down as Executive Director and is starting a new chapter of his life in Chicago! Thank you for all that you’ve done here in little Rhody, Simon! Your legacy will continue to carry on!

View pictures from the party below!
END_OF_DOCUMENT_TOKEN_TO_BE_REPLACED 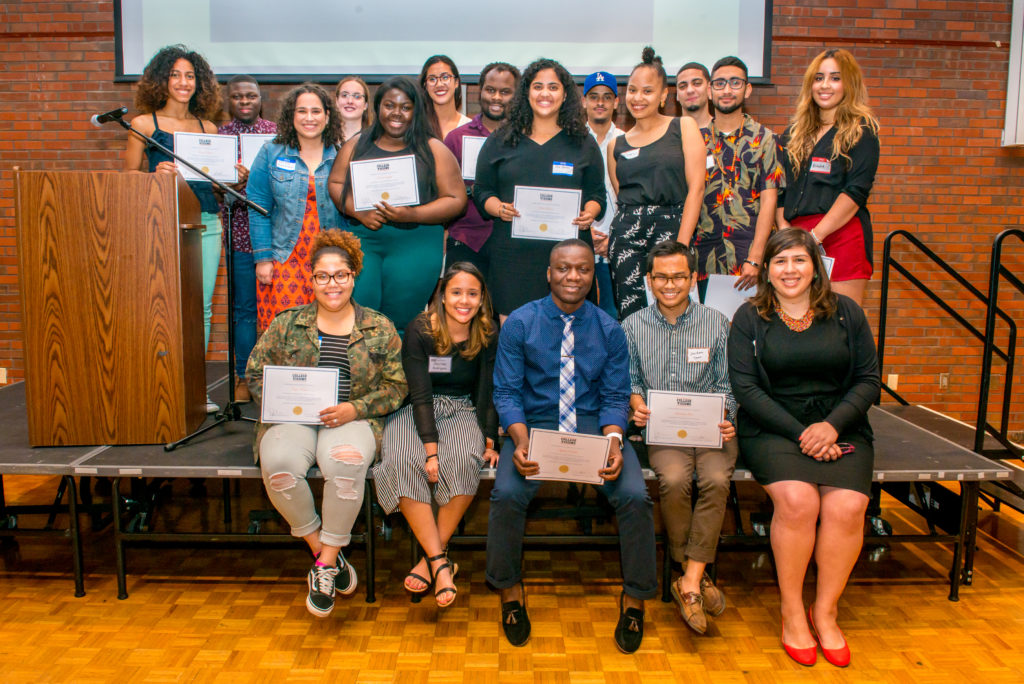 Congratulations to all CV high school and college graduates!! We are so proud of you!

Enjoy photos from the 2017 CV Recognition Ceremony below:

END_OF_DOCUMENT_TOKEN_TO_BE_REPLACED 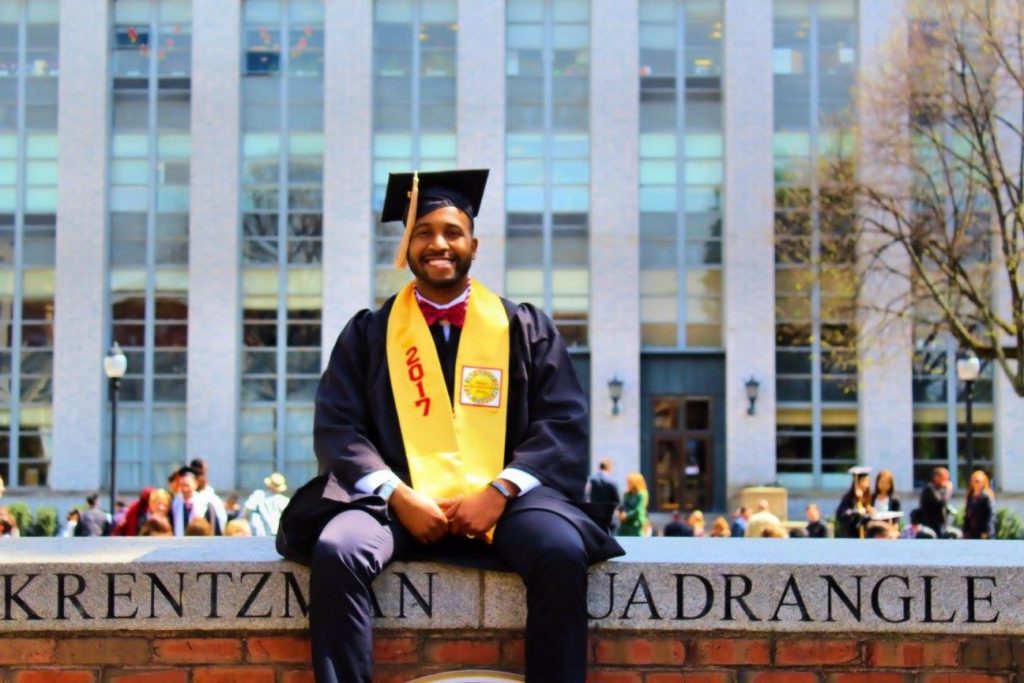 Being a first-generation student isn’t an easy road to travel, but with guidance and support, students like Robinson are making immense strides in accomplishing their goals. He is one among 25 college students in the CV graduating class of 2017!! We are so proud of all of our students and not only want to congratulate them, but also thank our supporters for helping make this moment possible! Read Robinson’s interview below:

END_OF_DOCUMENT_TOKEN_TO_BE_REPLACED

After an accomplished tenure, Simon Moore, College Visions’ founder and executive director, is stepping down at the end of the month. Thirteen years ago, he brought together a community of people committed to equity and college access and launched the organization. This spring we celebrate our 250th college grad! Will you join me in celebrating Simon’s accomplishments?

I’m the embodiment of College Visions’ mission. Neither of my parents went to college, but they stressed the importance of education. Even though they were deeply supportive, the path to college was unfamiliar for all of us.

This is where College Visions stepped in. This is where Simon stepped in. When I was in 12th grade, he was my College Visions advisor. We worked together as I navigated the admissions process and enrolled at Guilford College in Greensboro, NC. I would’ve never known about Guilford without College Visions and it turned out to be exactly the environment I needed—a small, nurturing school that encouraged my interest in music and social justice. Three years ago, I earned my college degree!

College Visions is a collective effort. Students, alums, the dedicated staff, and friends like you are working together to expand equity and opportunity. Together is the only way we can create positive social change.

But we needed a dynamic founder to spark this collaborative effort. Do you know Simon? He launched College Visions in 2004 and at the end of the month, he’s moving on to new adventures. It’s a big transition, but we’re ready to embrace the change.

I’ve had the privilege of working with Simon in various capacities. When I was a 12th grader, he was my advisor. When I was in college and benefitted from CV’s ongoing support, Simon was building resources and strengthening the organization’s multi-year commitment to young people. And after I graduated from Guilford, I returned to College Visions as a member of the Board of Directors. Now I’m Simon’s boss!

In every aspect of our relationship, I’ve been impressed by Simon’s dedication to the mission, collaborative approach, and belief in the talent and voice of first-gen students. These qualities have enabled College Visions to be here, 13 years strong and proud to celebrate our 250th college graduate this spring.

These accomplishments warrant celebration. The best way to honor his legacy is ensuring that College Visions continues growing and guides even more young people like me toward a college degree. Will you join me in making a gift to honor Simon’s work?

Earning a degree has opened so many doors for me. And that’s exactly why you support College Visions. You know a degree is our society’s best path to financial stability and a fulfilling career. I now work at the Center for Public Service at Brown University, engaging undergraduate students in service learning. The work is deeply meaningful to me, and I earn a living wage and receive generous benefits.

At age 25, I’ve achieved a level of financial stability that my parents could only dream of when they immigrated to the US from the Dominican Republic. I graduated from Guilford with strong social and professional networks and the confidence to be a leader when I returned home to Providence. I want the next generation of CV students to have the same privileges as I do. Your special gift in Simon’s honor extends these opportunities to hundreds more students.

This year College Visions is guiding 350 low-income, first-gen students toward a college degree. We plan to serve 400 students annually by 2018, but that’s only possible with your help. To expand without sacrificing our values or our students’ outstanding outcomes, we need to add another staff advisor position. We’ve launched a fundraising campaign in Simon’s honor to raise $25,000, which covers half the cost of this new position. By helping us meet this goal, you enable College Visions to sustain our growth plans while navigating a leadership transition.

Please consider making a gift by June 30th. You can send your donation in the enclosed envelope or make a gift online at http://bit.ly/celebratesimon.

With thanks for your consideration,