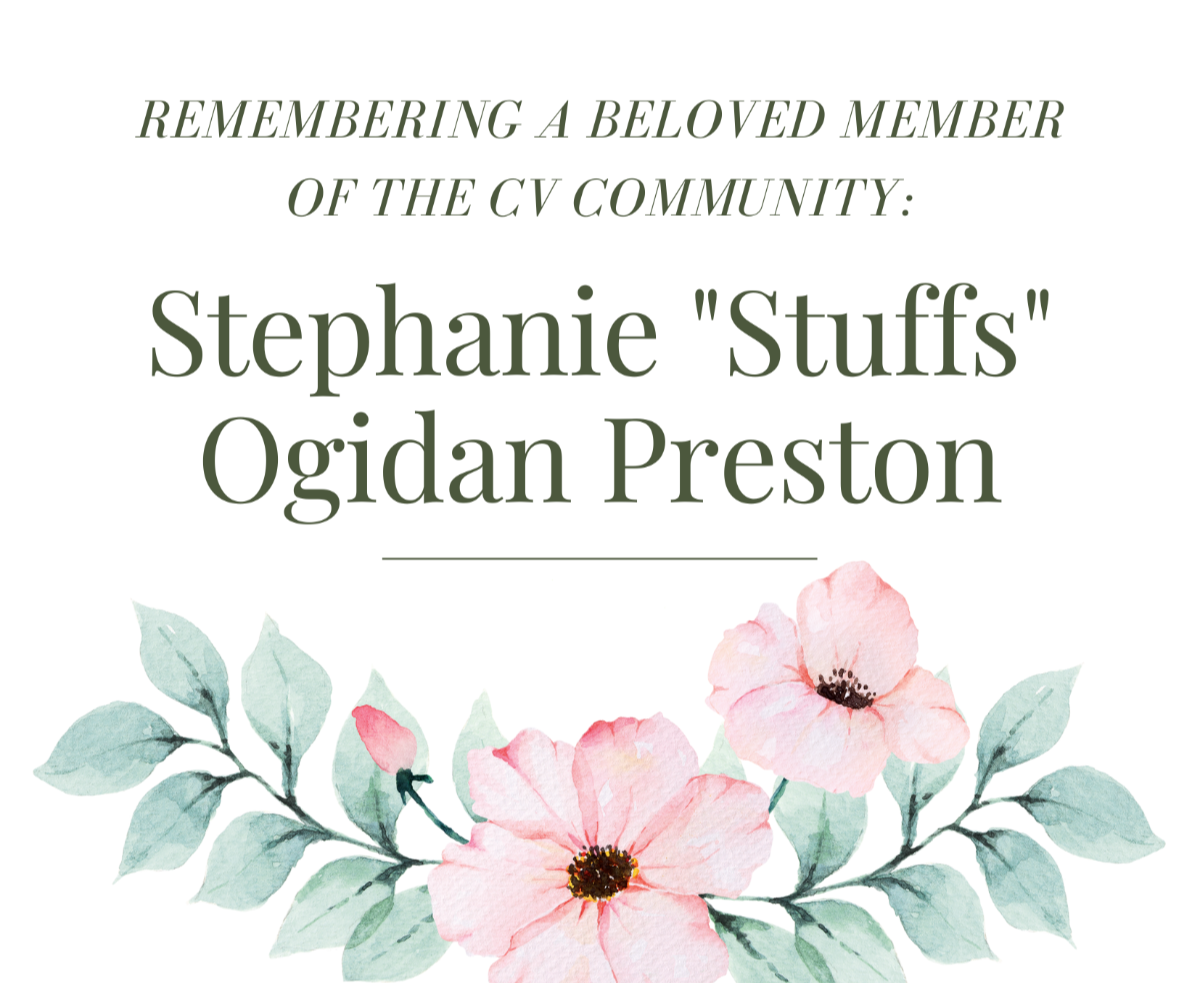 Stuffs was a beloved member of the CV community. As we mourn her passing and celebrate her life, we thank CV’s Founding Executive Director for sharing these thoughts and memories:

“Stuffs was a year younger and a couple inches shorter than me, yet I always found myself looking up to her. She was the kind of leader I aspire to be.

“I’m heartbroken over Stuffs passing. I don’t want to imagine the world without her laughter echoing through it. This isn’t a unique sentiment. I have no doubt her laugh would stand out for most who knew her. But I’m not just talking about chilling at a social gathering.

“One of my enduring memories was her laughter at College Visions board meetings. Board meetings. Basically, every one she attended. You know the stereotype. Board meetings are known for being stifling and dull, demanding we give up dimensions of ourselves for the sake of white decorum and rote procedure. Never when Stuffs was at the lead.

“She was College Visions’ second ever board chair, and I had the privilege of being executive director during her tenure. So, we worked together closely.

“Stuffs bold laughter was an expression and an invitation. It said, ‘I’m home.’ Cracking jokes, laughing with others, bringing our full personality. This is how we act at home, when we feel comfortable and welcome. When the board chair is filling the air with laughter, it says to the rest of the group, ‘Make yourself at home.’

“Stuffs was inviting us to join her in creating the more just, more inclusive world she believed was possible. As a Black woman, being home wasn’t always a given for Stuffs. In her career, she worked in the corporate world, sometimes in spaces where her full self wasn’t welcomed. She confided that she had to spend energy navigating these dynamics, pulling her attention away from the actual work. She knew that we do our best when we feel at home, when we don’t have justify our presence. So, when she had the full opportunity to define culture, she made it liberating and inclusive.

“The way the Stuffs created home in professional settings is a reflection of her identity. She never said this to me. I’m inferring, but I have no doubt she was giving voice to her ancestors. As the descendant of Narragansetts, Stuffs was at home as much as anyone could ever be. Her people have been in Rhode Island for millennia. She was also the daughter of a Nigerian immigrant, a father who came to the state when it was far less diverse and had to make it his own. And did. This combination of deep connection to a place and recognizing we have to adapt and challenge institutions to adapt manifested in the profound inclusive leadership she practiced.

“Stuffs had a deep foundation of confidence and self love. She grew up on the South Side, a neighborhood that’s much stigmatized. She had the means to live many places. But she always recognized the danger and falsehoods of the ‘make it out’ narrative. The idea that once you had your degree, once you had opportunity, you’d leave. She still lived on the same street she grew up on. Because there was love, beauty, and community in her neighborhood. Right there on the South Side, no matter what anyone said. She knew it first hand because it was the community that raised her, her sisters, her husband Shane, and now their daughters.

“Stuffs was the kind of leader I want for College Visions students, young people entering spaces they’re often told aren’t theirs, young people often told they come from deficient places. Stuffs was the kind of leader I want be. She invited us to love our full selves and trust that we have much to offer. She emboldened us to create home, even when it requires institutions to change. She showed us to love where we’re from, no matter what society says. And she still does. The blessings she gave us endure despite her passing. We have the opportunity to carry them forward. This is the power of her life.

“I don’t have the words to truly express my sorrow about Stuffs death, but I know she’s above us, ever the example I want to follow. I’m still looking up to her.”