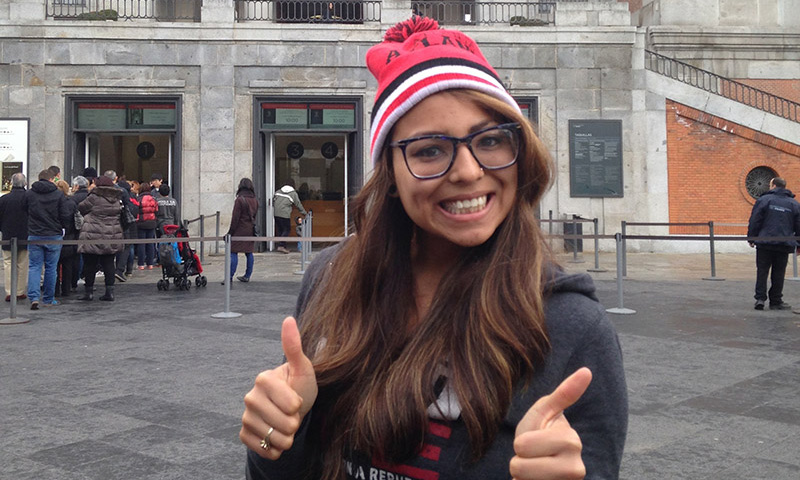 College Visions students are studying abroad in Korea, Spain, and Colombia. Because of your support, CV students achieve their goals at home and around the world! Read more about Janessa and Chris’s adventures here.

During Janessa’s senior year at RIC she travelled to Spain:

“I got on a Europe-bound plane and began one of the most exciting and valuable adventures of my life. Before that, I had never traveled outside of the country, but in less than 6 months I made my home base in southern Spain, and visited amazing cities like London, Paris, Venice, Rome and Tangier. Studying abroad was the most rewarding decision I made during my academic career. If you have the opportunity to live in another country, learn another language, meet new friends from all over the world, and explore places that you had only seen on TV. Trust me, you don’t want to miss it!”

Chris is spending a semester in Colombia as a student at Universidad del Norte in Barranquilla:

“I chose Barranquilla Colombia because of the culture. It has a strong Caribbean influence, which was really attracted me because both of my parents are Haitian. I would also be attending one of the top schools in the country. The price and package of the program was incredible. Lastly, I would be immersed fully into the culture at the school.”

“I have a goal to become fluent in 4 – 5 languages—English, French, Haitian Creole, Spanish, and Japanese. I would also like to learn how to dance a few traditional Colombian dances and become a better dancer overall. I want to meet many new people and really experience this new culture to the fullest.”

Chris is chronicling his adventures in his blog, which you can click to read here: http://fevrytsc.blogspot.com/