After three years leading College Visions, Nick Figueroa will be transitioning out of his role as Executive Director. As a former first-generation student himself, Nick has brought passion and drive to the work of providing young people with the information and support they need to get to college and thrive. I have tremendous respect for Nick’s commitment to true educational equity for low-income, first-generation students and thank him for his commitment to both College Visions and the larger field. We know he will continue to be a great advocate for both College Visions and the students we serve long after his tenure as Executive Director. The Providence Public School Department, under the current direction of the Rhode Island Department of Education, will benefit greatly from Nick’s passion, skills and experiences, as will the students and families served by the district. We wish him well in his new role as Chief of Family and Community Engagement and look forward to working with him as an engaged community partner.

College Visions has long made staff professional development a priority of the organization, and we are in the enviable position of having a fantastic team of leaders within the organization. In light of that commitment and in recognition of the talent already within the organization, I am very pleased to announce the appointment of Acting Co-Directors Tina Meetran and Moira Hinderer. Together Tina and Moira have ten years of experience at College Visions in programmatic, fundraising, and administrative roles, and are highly engaged in the Rhode Island non-profit community. Tina is a College Visions alum, who was born and raised in Providence. She holds a B.A. and M.A. from Clark University and serves as Board Chair of Providence youth organization PrYsm. Moira holds a B.A. from Mount Holyoke College and a M.A. and Ph.D. from the University of Chicago. Prior to College Visions, she worked at Johns Hopkins University and Harvard University. She is a founding member of Rhode Islanders for Parentage Equality.

As a friend, donor, and now Board Chair, I have had the privilege of watching College Visions grow over the past 15 years. Under Nick’s leadership, College Visions has created new strategic partnerships, increased the number of students served, and improved already stellar student outcomes. The organization is both fiscally strong and investing in innovative programs. Board, staff, and students are excited to embark on this next phase of organizational growth and development.

In the coming months, College Visions will undertake a search for new executive leadership. We are confident that we will identify a candidate who will build on the existing strengths of the organization and lead us to a new level of achievement toward our mission.

During this interim period at College Visions, Moira will be our communications point person. You are welcome to reach out to her at moira@collegevisions or (401) 490-3996. She can connect you if you wish to speak with me or Tina. The board and staff of College Visions love to share our story, and we certainly welcome visits and conversations. If you have questions or want to see our programs in action, I hope you will reach out.

I am writing to share some important news with you. I will be transitioning out of my role as Executive Director of College Visions. It has been my privilege to lead this organization. I was once very much like the young people CV serves. As a high school student here in Providence with no one in my family who had attended college and little knowledge of the college-going process, I struggled to find my path. It is deeply meaningful to me to provide information and resources that allow CV students to apply to college with confidence and to persist and earn degrees. This experience also informs my decision to accept the position of Chief of Family and Community Engagement for Providence Public Schools.

CV’s mission is to support low-income and first-generation students to “realize the promise of higher education.” The organization is succeeding in that mission on several fronts. CV is serving more students. In the past year, CV grew to serve 500 students! And we are supporting those students to achieve outstanding outcomes. In our most recent cohort of college graduates, 82% earned degrees within 6 years of initial enrollment. CV students are not only earning degrees at much higher rates than their low-income peers, they are meeting or exceeding the outcomes of wealthy Rhode Island students.

When I talk to CV alums, they tell me about the transformative power that education has had in their lives. With support, CV students live lives of endless possibility and give back to their families and our shared communities. CV alums are educators, lawyers, business owners, accountants, financial analysts, designers, artists, and they are also volunteers, board members, and community leaders. A degree is a powerful credential, but in the hands of CV alums education becomes so much more than the degree, it is a way to help uplift disenfranchised communities.

While I am sad to leave CV, I am proud that this organization is programmatically and fiscally strong and thriving. I would like to thank CV’s talented, dedicated, and diverse staff and Board of Directors. CV has had a longtime commitment to building talent from within, and I feel confident leaving the organization in the capable hands of our staff and Board. I am delighted that the CV Board has voted to appoint Development Director Moira Hinderer and College Access Program Director Tina Meetran to lead CV as Acting Co-Directors. I have every confidence in their abilities to move the organization forward.

As college costs rise and degrees become an ever more important credential, I believe CV’s mission is more important than ever. While I am leaving my position, I will continue to be a supporter of this essential organization. My expectation is that CV will continue to grow and thrive and serve more of the talented young people in our communities who dream of college, but need help to get to and through. 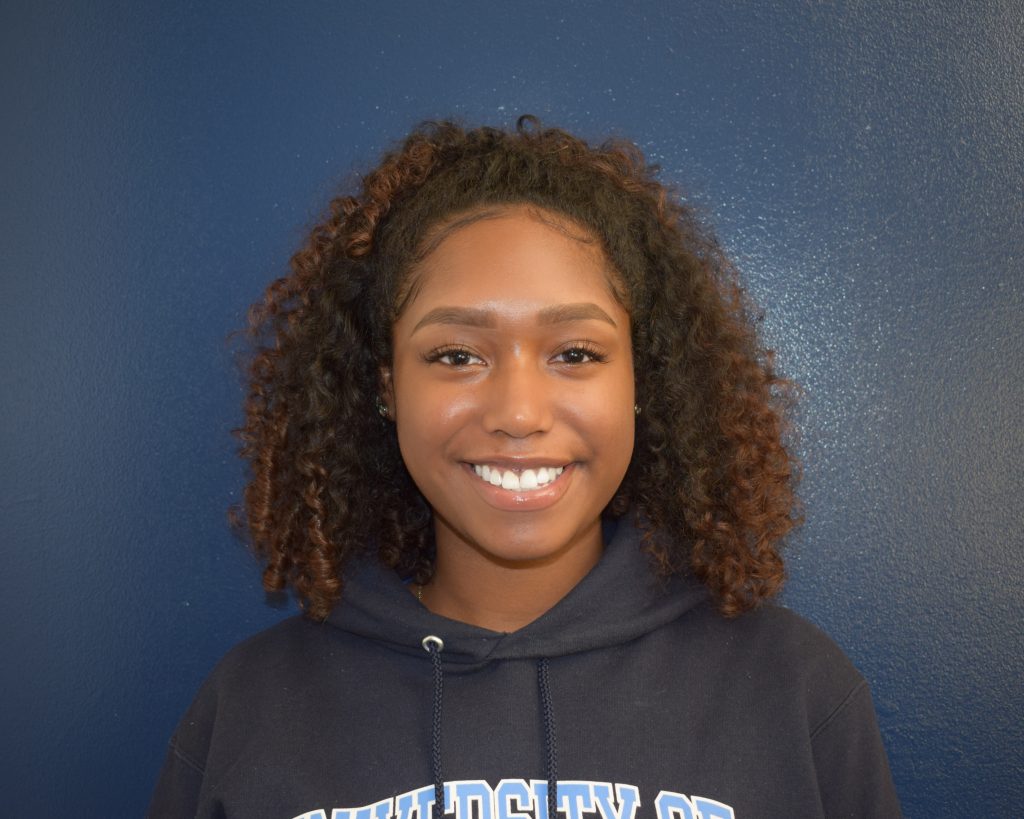 Many first-generation students don’t have access to the essential college resources that are vital to their success and contribute to the acquisition of their college degree. With College Visions, low-income and first-gen students are able to go on college campus visits, learn how to write a resume, cover letter, and college essay, build a strong relationship with their advisor and more.

First-generation student, Sheila Bautista, attends the University of Rhode Island where she is currently studying political science and because of you and CV support she was able to secure an internship at Senator Jack Reed’s Office, giving her experience in her field!
END_OF_DOCUMENT_TOKEN_TO_BE_REPLACED

Big thanks to the host, Peter Wells! 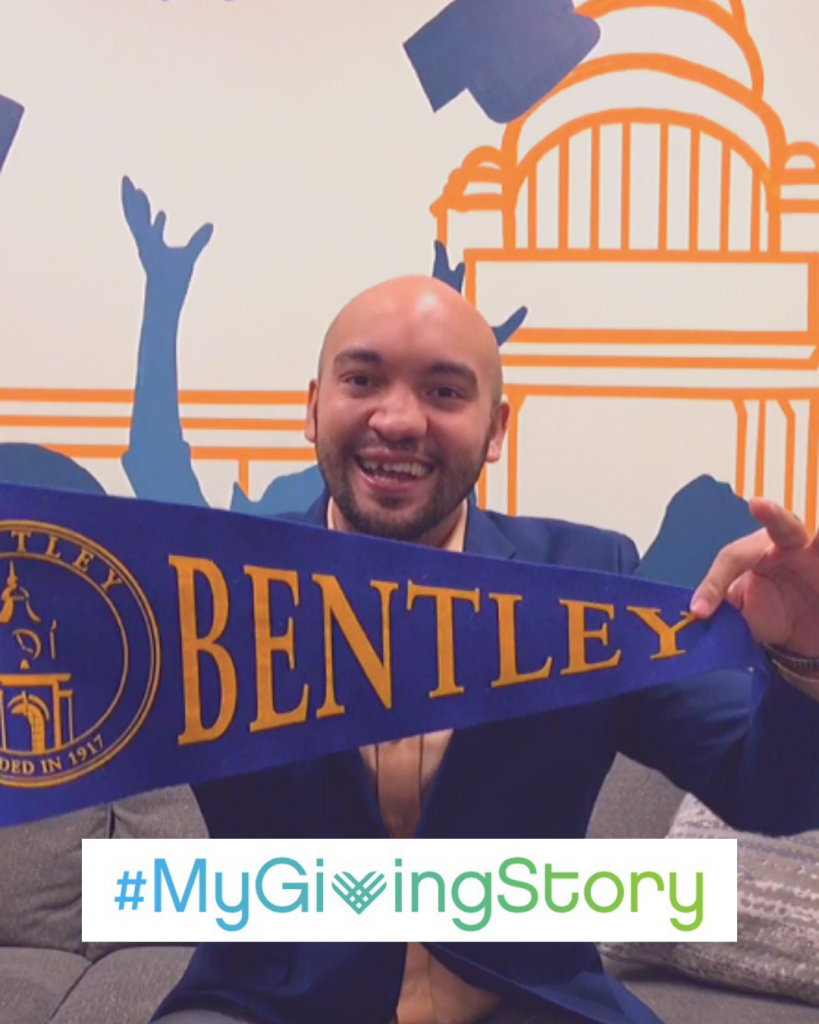 For this upcoming Giving Tuesday, he decided to support CV first-generation students by sharing his story in hopes that you’ll join him!

How you ask? Vote for his #MyGivingStory ONCE PER DAY!
The 20 stories to garner the most votes by December 10th will be sent to a panel of judges and have a chance to win up to $10,000!

AND on the actual day of GivingTuesday, December 3rd, we will be raising money to support the Emergency Grant Fund!